The Embody Carolina Team consists of committee members who work throughout the year on our outreach, marketing and partnership initiatives.  In the past, projects have included outreach for National Eating Disorder Awareness Week, presentations for Panhellenic sororities and a partnership with the Lifetime Fitness course.  In addition, several of our committee members lead the Embody trainings each semester.

Kaleigh Thibodeau (she/her) , Co-Chair
Major: Psychology and Biology (Pre-med)
Class Year: ​​Senior
Hometown: Wake Forest, NC
Favorite Quote: “Courage doesn't always roar, sometimes courage is the quiet voice at the end of the day saying 'I will try again tomorrow.'"
I embody because: There is more to life than an eating disorder and EVERYONE is deserving of love and recovery
Fun fact: ​I have 13 nieces and nephews! 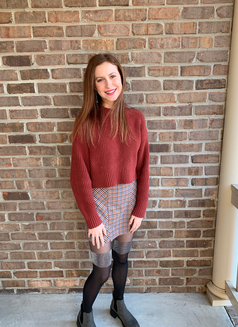 Cassie Teixeira (she/her)
Major: Exercise and Sports Science and Anthropology
Exec position: Social media/photography
Hometown: Washington, NC
Favorite Quote: "And those who were seen dancing were thought to be insane by those who could not hear the music." - Friedrick Nietzsche
I embody because: you are so much more than your eating disorder
Fun fact: When I was in preschool I dressed up like a cheetah everyday because I wanted to be one when I grew up. Unfortunately, there is no major for being a cheetah at UNC so I'm still trying to figure out how to fulfill that dream. ​ 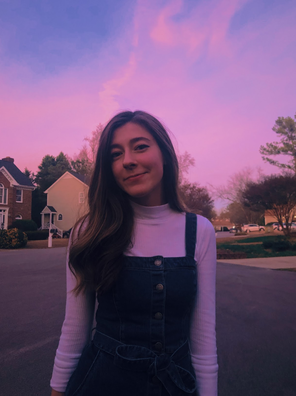 Jessica McGee (she,her)
Year: Junior
Major: Psychology
I embody because: Being vulnerable and honest about an eating disorder is easier to do with people who support and respect you!
Fun fact: I was the commencement speaker at Wake Technical Community College’s fall 2019 graduation ceremony!

Samantha Kraushaar (she,her)
Class Year: Junior
Major: Neuroscience and Chemistry
I embody because:  Life in recovery is beautiful and there is so much light to be shed on eating disorder awareness
Fun fact: ​I collect house plants

Angelina Su (she,her)
Year: Freshman
Major: Nutrition
I embody because: I want to learn how to be an ally for my peers with eating disorders and body insecurities.
Fun fact: I have been learning to cook throughout quarantine! 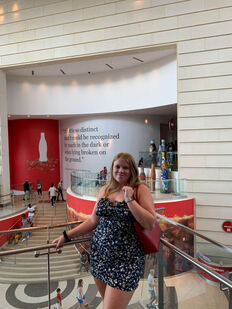 Maggie Caudle
Major: Political Science and Communications
Favorite Quote: "The formula of happiness and success is just being actually yourself, in the most vivid possible way you can." -Meryl Streep
Life Soundtrack: Soulmate- Lizzo
Quirky Fear: Sinkholes

The UNC Center of Excellence for Eating Disorders Sponsors

Life Soundtrack: Dave Matthews Band's Dancing Nancies"
Favorite Quote:  "Forget conventionalisms; forget what the world thinks of you stepping out of your place; think your best thoughts, speak your best words, work your best works, looking to your own conscience for approval. I had rather make history than write it. Failure is impossible."
If I were an animal I'd be: My pup Stanley
Celebrity Look-a-like: I don¹t - but I do get mistaken for my twin sister!
​Quirky Fear: Monkeys
Favorite Decade: 90s